Municipal Politics of De/Re-population in Japan

For decades, many of Japan’s communities have seen exodus of the young in search of education and employment opportunities in the major cities. During 2010-2015, 1,419 (82.5%) municipalities out of 1,719 in Japan experienced population decline. The responses to and impacts of such depopulation, mainly but not exclusively in rural areas, have been widely documented and analyzed.

Recent research has tried to locate Japan’s depopulating regions in the comparative theory of “peripheralization” occurring through the four processes of out-migration, disconnection, dependence, and stigmatization. Studies argue that a critical determinant of “peripheralization” is lack of political agency, which can and have been countered by exercising power creatively. Various studies demonstrate how communities effectively turn dependence on external resources, such as national subsidies, in their favour to attract new residents and businesses. Mayors and their initiatives also emerge regularly in various analyses to be vital in fighting demographic and economic decline.

Despite this recognition on the importance of political factors in depopulating communities, few studies appear to investigate systematically the extent and process of political contestation behind policy choices to adapt to or combat depopulation. This talk will therefore begin to explore the municipal politics of depopulation in Japan, primarily in the electoral arena: how are elected officials and candidates positioning themselves and contesting issues concerning depopulation during their campaigns? In particular, we analyze such contestation in two policy areas: 1) various measures aimed at attracting young families and people to relocate to the municipality and 2) closure and merger of public schools. 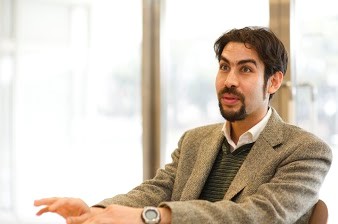 Ken Hijino is Professor of law at Kyoto University. Specializes in party politics and local democracy. After graduating from Wesleyan University worked as a journalist at the Financial Times Tokyo bureau. Earned his PhD at the Cambridge University Faculty of Oriental Studies. Was an associate professor in Keiō University’s Graduate School of System Design and Management until taking up his present post in 2014. His recent works include Local Politics and National Policy: Multilevel Policy Conflicts in Japan and Beyond (Routledge, 2017), “Japanese Local Government” in Handbook of Japanese Politics (Oxford University Press, 2020), “What drives Japanese regional elections? Multilevel factors and partisan independents” (Regional and Federal Studies, 2020) and, together with Ishima Hideo: “Multi-level muddling: Candidate strategies to ‘nationalize’ local elections” (Electoral Studies, 2021). He is currently researching the politics of the periphery, focusing on municipal and prefectural level party organizations and campaigning in LDP-dominated strongholds on issues of urban-rural cleavage, depopulation, economic decline, and inter-regional competition and disparity. He also writes occasional general audience pieces on Japanese local politics for Nippon.com.