While Japan’s immigration controls today are strict and centralized, this system is of relatively recent vintage. Prior to the end of the Asia-Pacific War, immigration control in Japan was decentralized and open by default. This system was inaugurated in 1899 with the new and “equal” treaties that Japan signed with the Western powers. These guaranteed freedom of movement for nationals of treaty signatory countries; according to their provisions, Japan could do little more than exclude Chinese, and only those working in certain occupations. Revisions to the system (notably in 1918, 1939, and 1941) did not centralize control, but merely augmented prefectural police powers to prevent certain categories of people from entering the country. More intriguingly, throughout this era Japan’s leaders openly proclaimed the openness of their borders, especially in comparison to the United States. It was not until 1951 that Japan, under the auspices of the Allied Occupation, instituted the centralized enforcement of immigration controls that we know of today.

How do we understand this era of decentralized border controls and the rhetorical commitment to their openness? What can it tell us about Japan’s international position and national identity in the first half of the twentieth century? This paper suggests that Japan’s leaders strongly linked the issue of international migration to their own efforts to construct Japan as a modern and civilized empire. Their immigration policies derived from evolving international norms as well as Japan’s efforts to integrate into an imperialist world order—on the side of the imperialists. 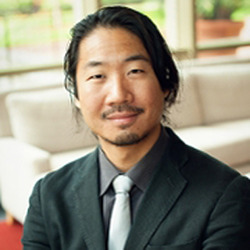 Eric Han is Associate Professor of History at the College of William Mary. He holds a PhD from Columbia University, and is author of “Rise of a Japanese Chinatown: Yokohama, 1894–1972” (Harvard Asia Center, 2014). He has also published articles on the history of Japan’s treaty ports, Sino-Japanese relations, and Japan's nationality and immigration policies.