The Question of Immigrant Belonging in an Ethnonationalist Japan 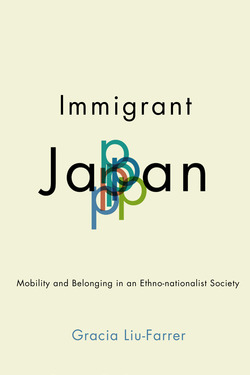 Japan identifies itself as a nation whose nationhood is founded on the ideology of a common descent (Befu 2001). Japan did not have such a unified ethno-based self-understanding before the modernizing movement known as the Meiji Restoration (1868). Rather, the Tokugawa regime’s “rule by status”—a practice that segregates the ruled by groups—created segmented cultural traditions and practices. Such an ethnonationalist identity was also put aside during the period of imperial expansion. In the aftermath of World War Two, facing the collapse of empire and as a way to cope with the defeat, Japan redefined itself as an ethno-national society, categorizing the millions of imperial subjects from its former colonies as “foreigners”. This ethnonationalism, popularized and institutionalized in the decades thereafter, is a major reason for Japan’s reluctance toward immigration, despite labor shortages brought by the demographic transformation into an ageing society. This ethno-nationalist identity is also at the root of Japan’s many institutional and social dilemmas in dealing with immigrants.
Despite the lack of effective immigration policy, since the 1980s, millions of immigrants have entered and settled in Japan. Given such an institutional and cultural context, how do these immigrants understand their own positions in this society and become attached? This presentation draws on immigrants’ narratives of belonging to understand how, in a country that rejects the notion of immigration and adheres to an ethnonationalist identity, immigrants find their sense of belonging, define home, and construct their relationships with Japanese society. It explores how immigrants’ cultural backgrounds, migration experiences, socioeconomic circumstances, and social relationships as well as master narratives of nationhood and concepts of personhood affect people’s conception of home and belonging, perceived relationships with Japan, and future mobility intentions. These findings help us grasp the social and psychological mechanisms of people on the move and understand the cultural repertoires from which they draw to interpret their situations. Immigrants’ diverse narratives of belonging also highlight the dilemma of Japan as an ethnonationalist immigrant society. 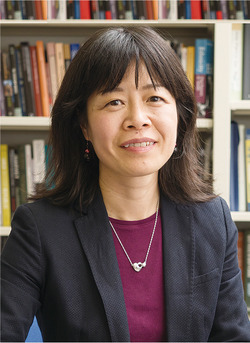 Gracia Liu-Farrer (Ph.D. Sociology, University of Chicago), is Professor at the Graduate School of Asia-Pacific Studies, and Director of Institute of Asian Migration at Waseda University, Japan. Her research examines immigrants’ economic, social and political practices in Japan, and the global mobility of students and professional migrants. She is the author of books Labor Migration from China to Japan: International Students, Transnational Migrants (Routledge, 2011), Handbook of Asian Migrations (co-edited with Brenda Yeoh, Routledge, 2018), and Immigrant Japan: Mobility and Belonging in an Ethno-nationalist Society (Cornell University Press, 2020).